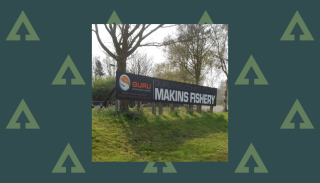 Makins Fishery in Nuneaton, Warwickshire, was the creation of former top match angler Billy Makin. And it could be yours, if you have the money!

The venue initially helped popularise the concept of very well-stocked pools to thousands of anglers, and even caused a stir when Billy stocked barbel and chub.

Eccentric Billy, who recently published his memoirs Fishing With Testacles, sold it to the then-called British Waterways in 2003.

BW then sold Makins Fishery on to Alan McDiarmid in 2008 for a reported £1 million.

Day tickets start at £8 for adults for one rod and there are over 600 pegs to tackle.

Angler’s Mail magazine columnist Steve Collett said: “It is a fantastic fishery, definitely the best commercial in the Midlands and anglers flock to it.

“I don’t think the owner has been that well so maybe that is why he is selling.

“It was the go-to fishery when Billy set it up and I remember going as a boy. But times have changed and there’s now a lot of similar fisheries about.”

Robert Smithson of estate agents Colliers International, said: “The current owners have done an excellent job in growing the business and establishing its reputation across the UK.

“This is a rare opportunity for a new owner to acquire an outstanding commercial coarse fishery business in an ideal and accessible trading location.”

“After developing an extremely successful fishery, Mr and Mrs McDiarmid diversified into the holiday market to ensure the business maintains a year-round range of income streams; which is proving to be worthwhile and offers substantial room for further growth.”