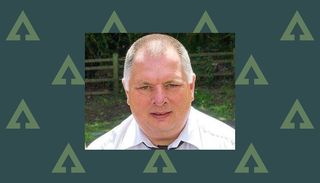 The struggle against the apparently still growing menace of poaching has been aided by the development of the country’s first database of poaching incidents.

Devised by the voluntary organisation Fishery Watch, the body that was created exactly a year ago to patrol fisheries along the lines of the Angling Trust’s Voluntary Bailiff Service, the Angling Crime Intelligence Database is a free service open to anyone who is involved in running or monitoring fisheries in England.

Founder and chief executive of Fishery Watch Adrian Lane explained: “There is a need for those involved in fisheries to be aware of what has been going on in their vicinity, and threats they possibly face. Some informal sharing of information already goes on, especially among local fishery owners, but it needs to be done on a more systematic basis.

“We have had a police officer advising on the structure of the database and an independent inspection has declared that it fulfils the requirements of the data protection regulations.  Anyone who wants to use the database has to be vetted first by me, giving proof of their identity and role entitling them to see it.

“There is no doubt in my mind that poaching is an increasing danger to the future of our fishing, and that only by good intelligence gathering by patrolling and by proper sharing of this will we be able to stem the tide and ensure miscreants are prevented and prosecuted.

“Sadly, I believe the Environment Agency is failing in its duty of care to anglers, who all pay for a rod licence, and we have to band together to force them to take more action. They seem to be more focused on evasion of the rod licence fees rather than the taking of fish, unless it involves salmon or sea trout.

“A Freedom of Information request by us revealed that there are only 87 EA fisheries officers in the country, so they are low on resources and they also cap the number of voluntary bailiffs that the Angling Trust can use to 500.

“There have been a number of call-out failures both during and since lockdown, and it fell upon the Police to respond, as they usually have all around the country. Several new voluntary groups have recently been formed to try to tackle the poaching problem, and it’s vital that we pull together to try to get things done before it’s too late and there is nothing left for future generations.”