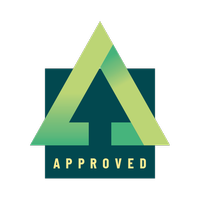 A feature-packed multi-sports watch that cuts no corners, the Enduro 2 gives you all of Garmin's most advanced training tools, with incredibly long battery life for off-grid adventures. It's one of the company's most expensive watches, but for ultra-runners and long backpacking expeditions, it's simply perfect.

Why you can trust Advnture Our expert reviewers spend hours testing and comparing products and services so you can choose the best for you. Find out more about how we test.

The Garmin Enduro 2 is a big watch, with even bigger battery life, and it's unapologetic about it. It's a seriously chunky watch with a tough metal bezel and exposed screws, and unlike many other Garmin watches, it comes in only one size (51mm diameter), which allows for the larger solar cell and battery that provide its exceptional battery life.

The Enduro 2's case is fashioned from Garmin's standard fiber-reinforced resin, topped with a layer of gunmetal-colored brushed titanium that resists scratches and looks smart. There's also a metal guard around the start/pause button; a feature introduced with the Garmin Fenix 7, which helps keep it protected from damage.

The original Enduro was also available in a heavier but cheaper steel version, but Garmin has dropped this option for the Enduro 2. There's no escaping the face that this is a seriously expensive smartwatch, with a list price of $1,099.99 / £929.99.

On the back of the case (also fashioned from titanium) you'll find the watch's heart rate and SpO2 sensors, plus the same charging port used on all Garmin watches released in recent years. The watch is supplied with a proprietary USB charging cable that plugs in securely and doesn't budge (though you won't be using it very often).

The Enduro 2 is supplied with a nylon hook-and-loop band, which is thinner and lighter than Garmin's typical silicone watch straps. During testing, I found it easier to adjust than a standard band, and more breathable when exercising, leading to less irritation as sweat isn't trapped against the skin. The hook-and-loop fastening secures it tightly, so although the watch body is fairly heavy at 64g, you won't need to worry about it coming unfastened.

Like the Garmin Fenix 7X, the Enduro 2 has an LED flashlight that can be activated by double-pressing the backlight button on the top left. It can also be set to flash in time with your strides as you run, pulse, or flash to make you more visible in poor weather or after dark. It's an unusual feature for a sports watch, but while testing the Enduro 2 I found it extremely helpful for situations like running through a dark mile-long tunnel, and everyday tasks like finding a sleeping bag zipper at night. It's something I'll truly miss after returning the review unit I've been testing.

Garmin Enduro 2: on the road

The Garmin Enduro 2 is built with ultra-runners in mind, and it doesn't make compromises, and although it carries a steep price tag, you're getting a whole lot for your money. If you want a watch that offers the advanced fitness tracking of a Fenix, with the ridiculously long battery life of an Instinct, this is the one for you.

Real-world battery life depends on factors such as sunlight exposure, screen brightness (adjustable through the settings menu), GPS usage (single or multi-band), and whether you've enabled SpO2 monitoring to name just a few. Garmin's official stats suggest that a single charge will give you up to 46 days of use in smartwatch mode, or 150 hours in GPS mode with sufficient sunlight.

My experience seems to bear that out. Recording an activity every other day and making regular use of the watch's flashlight, the watch kept running for three weeks on a single charge with fairly infrequent exposure to direct sun. It's a huge difference from my Garmin Fenix 7S, which needs a weekly charge with that sort of use.

Shortly after launch, the Enduro 2 received a software update that adds heart rate variability (HRV) and training status metrics. These allow you to see how your body is reacting to everyday stresses and strains, and how well prepared you are for your next workout.

GPS tracking is excellent, and in a measured 10km run, the Enduro 2 was accurate to within 10 meters, which is impressive considering the tricky terrain involved, with limited visibility along much of the route. That's on a par with the Garmin Forerunner 255 and 955, which are the most accurate GPS watches I've ever tested,

Another welcome feature is the addition of SatIQ, which switches between standard and multi-band GNSS depending on conditions. For example, if you're on an open road the watch will stick to regular GPS, which uses less power, but if you move to an area that's heavily wooded or close to cliffs, the watch swill switch to multi-band GNSS to make it easier to get a precise lock on your location.

Navigation also works well, aided by the watch's generously sized screen. Maps aren't as crisp and bright as they are on the OLED display of the Garmin Epix (Gen 2), but with brightness turned up sufficiently they're easy to see in pretty much all lighting conditions (the photo below doesn't really do it justice).

Even on a tricky trail run directions were a breeze to follow, and it's a piece of cake to create a route using Garmin Connect or third-party tools like Komoot. Just import the GPX file, sync it with your watch, and you're away.

Like all Garmin watches, the Enduro 2 syncs with the Garmin Connect mobile app, which is available for iOS and Android. Stats will sync automatically as soon as you complete a workout (provided your phone is in Bluetooth range), and other data such as sleep and heart rate will be updated when you open the app so there's no need to do anything manually.

One thing that I missed in everyday use was Garmin's Morning Report – a feature that debuted with the Forerunner 922 and 255, and has since been rolled out to several older models including the Fenix 7 and Epix (Gen 2). When you wake, the Morning Report gives you a quick summary of your sleep score, forthcoming calendar events, training readiness, weather, and other titbits – a nice, if non-essential feature. Hopefully it will arrive on the Enduro 2 with a future software update in the coming months.

Overall, being able to forget about charging for weeks at a time while still enjoying all the benefits of a top-tier sports watch is a real pleasure, and one that's worth the investment if you're going to be off-grid for extended periods. It's certainly worth considering all Garmin's options carefully, but if you're an ultra-runner it's hard to think of a better device for you.

Cat is the editor of Advnture, She’s been a journalist for 13 years, and was fitness and wellbeing editor on TechRadar before joining the Advnture team in 2022. She’s a UK Athletics qualified run leader, and in her spare time enjoys nothing more than lacing up her shoes and hitting the roads and trails (the muddier, the better).