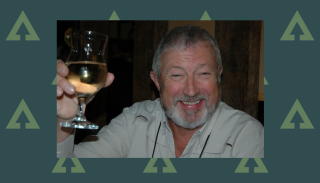 Tributes were being paid from far and wide as the news of John’s death was made public on November 14, 2018, a day after he so sadly died, aged 75. Two days earlier he suffered a stroke.

True all-rounder John was an absolute inspiration, with a trademark jolly laugh and a clutch of personal catchphrases…

Born in 1943 in Enfield, North London, John first got interested in fish as a young boy by netting sticklebacks and other small fry.

He moved on to basic tackle to catch a mix of small fish, visiting local streams, then heading to the River Lea to grow his skills, especially for roach.

He worked in hairdressing, the merchant navy, and printing too, before becoming a fishing tackle dealer in 1971 in Norwich, Norfolk.

East Anglia had impressed him immensely after a productive fishing trip to the River Waveney.

He lived near Norwich for over 40 years, and enjoyed a long and hugely successful career in media, most famously the Channel 4 TV series Go Fishing.

John Wilson brought angling to the masses through his globe-trotting TV shows, and he also inspired anglers via his many books and articles.

The epic big fish action that he tasted in Thailand, eventually, had a similar pull on him.

And it was there that John died, after ‘living the dream’ with his wife Jo, beside their own special lake.

ITV shared a compilation video of some of John’s many angling highlights, including a few of those while fishing in front of the cameras.

He worked with ITV’s Anglia region to make the Go Fishing programmes for an incredible 17 years, starring in 108 shows in all. The shows got national network airing through Channel 4.

He later made shows for the Discovery channel. In all, he made over 160 programmes for TV, catching fish to over 400 lb in both saltwater and freshwater.

In the vintage ITV footage (below) released upon John’s passing, he is seen on location and also at his former home in Norfolk, where he developed a lake beside his house.

John Wilson returned to England for a visit in the summer of 2018, five months before his death.

He revealed plans to move back to his home country and sell up the dream lake and property he created out in sunny Thailand.

While in the UK, he was captured on video by tackle chain Angling Direct for Q&A style footage.

In the lengthy interview (below), John talks candidly about his life, many angling adventures, fishing in 60 countries and making TV shows in 30 of them.

He was also outspoken on conservation of fish and fisheries, notably on  predation by cormorants and otters.

John tells how he hopes his own videos and books will leave a legacy for others in years ahead, just like Dick Walker and his heroes of the 1950s and 60s.

“It’s nice to think that people think I’ve had an impact, and I suppose I have,” said John.

He certainly left his mark…. and the angling scene will be a poorer place without John Wilson.